When the love bombing began, I was so young that my cheeks were still round as snow globes. I met him two months after my 18th birthday and two months before my high school graduation. When I say “him,” I mean my toxic ex. I’ve tried coming up with code names for him, for his own anonymity but also because saying his real name still makes me queasy. Lately, I’ve settled on the pseudonym “Mr. Backpack,” because he was outdoorsy but also because our relationship still weighs on my shoulders and I look forward to the day I can finally take a load off, untie my boots, crack a beer, and wistfully chortle about the time I slipped and nearly fell off an emotional cliff.

Mr. Backpack was 29, with an acerbic wit and aloe green eyes. He was my friend’s older sibling so, naturally, I developed a crush. He had a sandpaper beard and Scotch Irish pale skin that bore more tattoos and scars than the baby-faced boys my age, and those eyes, which crinkled when he told me I was special, a “genius.” He swore I had something important to say to the world and that he’d help me figure it out.

Our flirtation began while I was finishing up senior finals and he was working on a movie set in California. I’d stolen Mr. Backpack’s number out of my friend’s phone at a slumber party and prank-texted him some silly joke; even after the messages developed into long late-night phone calls and Skype chats, I never considered it could be anything other than an unlikely friendship. After all, why would a 29-year-old man with a job and a life 3,000 miles away want anything more from someone whose greatest life accomplishment had something to do with an AP exam?

A few weeks later, Mr. Backpack told me he was interested in me romantically. My guts plummeted because I genuinely hadn’t seen it coming. To save face, I pretended that I had been in on our dalliance all along. He flew to the East Coast to sneak me off to a hotel room for the weekend, where we had sex for only the third time in my life. Drunk on half a glass of champagne, I tried to appear experienced, unruffled, but there was no hiding it: I was a kid, and that’s what he liked about me. Naive and easily impressed, I just thought it was cool that he could legally buy alcohol and book a hotel room all by himself.

The first time he told me he loved me, I was completely out of my depth: At 18, I’d never been in love before, and I barely knew how to handle a load of laundry, much less a fully-formed adult’s physical and emotional needs. I didn’t know what love was supposed to feel like, and losing the chance to experience it petrified me. So I told him I loved him back. Shortly after that, we came to an “understanding” that if we had any chance of working out, I’d need to move from New York City—the big, electric island where I’d always planned to spend my adulthood—to Los Angeles, where he lived, as soon as I finished college. He already had a whole life there, after all. And he hated New York. For three years, instead of doing normal college things on the weekends and semester breaks, I would fly to meet him. I even graduated early so I could sooner join him permanently.

Looking back, it’s so obvious how “culty” our dynamic was: The over-the-top attention, the false promises, the blind trust, the withdrawal from my former life. I don’t think Mr. Backpack set out to turn a teenage girl’s life upside down—I don’t think he seriously considered the power imbalance at all. But he liked the feeling of being worshipped for doing nothing extraordinary. 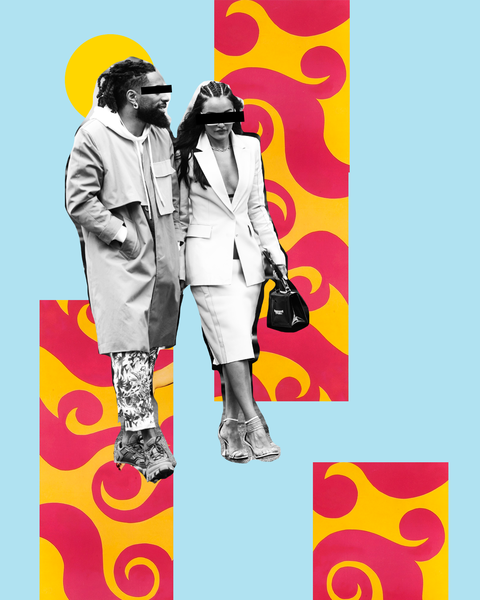 When discussing cults, the term “love bombing” describes what in predatory relationships might be called “grooming.” “Brainwashing” is the cult-specific term for “psychological abuse” or “gaslighting.” With cults, you hear about “financial exploitation,” “mind control,” and “isolation,” which essentially mean the same things as “domestic theft,” “thought policing,” and “avoidance.” We call cult leaders “charismatic gurus,” while we call abusive lovers “charming narcissists.”

As I got older and more self-assured, the power scales shifted, and Mr. Backpack got meaner and more reticent. I became so accustomed to phrases like “go fuck yourself” and “do you hear how stupid you sound?” that eventually they just turned to white noise.

I told myself that pain came with the territory of a relationship like this. I simply felt lucky that a wise older man had chosen me at all. Following him seemed like my purpose, like the answer to the rest of my life. And the longer I stayed, the harder things got, the more faith I placed in him. I was 25 before I finally defected.

Just about three-and-a-half years later, I’m leading a new life that feels so very my own. I made a literary career work in California: I published my first book, Wordslut, in 2019, and I published my second, Cultish: The Language of Fanaticism, last month. This book examines the social science of cult language in groups from Heaven’s Gate all the way to SoulCycle and social media gurus.

I’d always been fascinated by power-abusive leaders and the followers they attract, in part because I thought I had nothing in common with “those people.” I believed the stereotype that people who wind up in groups like the Moonies or the Manson Family are desperate, disturbed, or intellectually deficient. I fancied myself immune to the pernicious charms of charismatic gurus.

Cultish: The Language of Fanaticism

Then I began my research for Cultish and quickly discovered that these judgments of cult followers not only are shallow assumptions, but they also obscure the truth that cultish influence shows up in places we might not think to look—our own relationships, for example—and none of us are above it.

The labeling is different, but the techniques of conditioning and coercion are more or less equivalent. A toxic relationship is just a cult of one. And as for those who wind up staying in these situations the longest, their fatal flaw is not desperation: It’s optimism, the idealistic belief that this person—this choice—is really the key to fulfillment. And if you happen to be suffering, just stay strong and stick it out because your circumstances will get better.

The questions onlookers tend to ask cult survivors sound just like the ones people sometimes ask me about my relationship with Mr. Backpack: “Why did you ever get involved in the first place? Didn’t you see the signs?” and then, “Why didn’t you just leave?” I was aiming for True Love, but youth made me vulnerable, and I was too green to understand the difference between romance and control, between passion and toxicity, between adventure and chaos. All I knew was that Mr. Backpack had a sage look in his eyes and lots of promises, and I felt brave for chasing a love that others might not.

For seven years, I waited for my relationship with Mr. Backpack to improve, forever telling myself that if I just toughed it out a few more months, we’d finally be happy. Later, while writing Cultish, I learned about loss aversion, a behavioral economic theory that says human beings generally feel losses much more acutely than gains: We convince ourselves to stay in negative situations, from crappy relationships to lousy investments to cults, with the belief that a win is just around the corner. 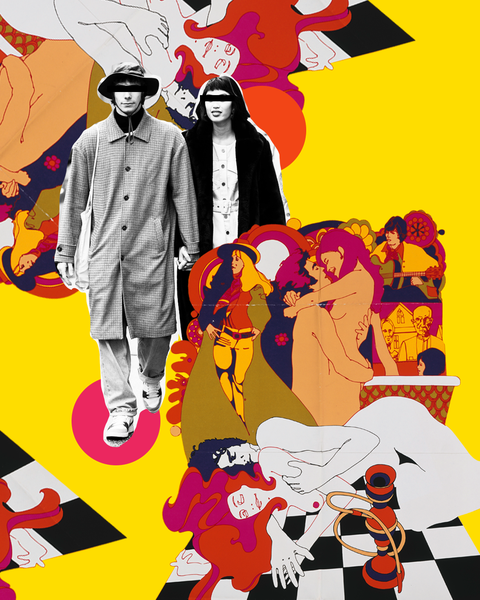 Sometimes when I confide in a friend about that whole experience, they ask why my parents didn’t try to stop it. I think, Well, their hands were tied. Attempting to control me might’ve only pushed me away. Just like a parent watching their 18-year-old kid run off with a fringy spiritual group, they hoped I’d get what I needed from it and one day safely come home.

I wouldn’t even tell my teenage self not to start dating Mr. Backpack, because, first, I was stubborn as hell, so there’s no way that advice would’ve worked. Second, I think being too careful in life prevents you from experiencing the most important parts of it. I’ve interviewed survivors of some of history’s most infamous cults, and almost all of them told me they don’t stew in regret because their experiences forced them to soak up every sunbeam of life on the other side. I’m starting to feel the same.

What I would say to her, though, is that it’s okay to be “disloyal” to someone who’s hurting you. It’s okay to stop and ask, at any point during your relationship: Who is this person that I’m giving my power to? How much of my power are they taking? And what are they doing with it?

Whether it’s a lover or a guru, it’s never too late to cut your losses: To unload the heavy pack from your shoulders, leave it on the mountain and turn back, because the majestic view you hoped for isn’t up there, and it’s not worth the climb anymore. It’s okay to forgive yourself—we all have our baggage—and to build a life that’s so free, and so yours, it’s as if you never lost anything at all.

This content is created and maintained by a third party, and imported onto this page to help users provide their email addresses. You may be able to find more information about this and similar content at piano.io