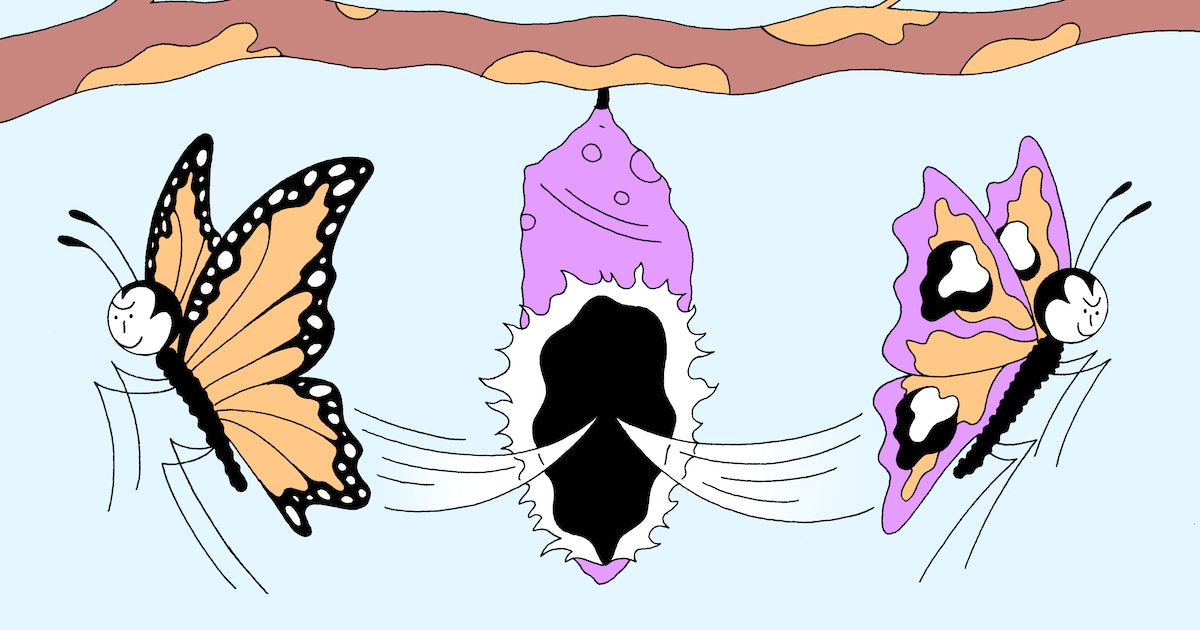 Niamh Jordan, a 28-year-old editor in Dublin, Ireland, got into a relationship right before the pandemic. After she and her partner helped each other through a long and difficult quarantine, they decided to call it quits at the beginning of summer. “I wanted freedom again,” she says. “Everything is opening back up here. We want to enjoy being single.”

When the world went into lockdown last year, those who managed to snag a coveted quarantine partner may have done all they could to keep them. But in the thick of a post-vax summer, we’ve re-emerged into public life, and for some young folx, the opposite impulse has taken hold. These people are intentionally ending or avoiding relationships in favor of dating, socializing, and reaping the joys of some good old-fashioned hoeing.

“The pandemic made us confront our own mortality,” says Pennsylvania-based psychologist Jaime Zuckerman. “We took inventory of our relationships — which ones were working for us, and which ones weren’t. As a result, many people adopted a YOLO approach to their life and relationships during the pandemic.” In other words, we’re all suddenly hyper aware that life is short and some of us “just want to have fun, keep things casual, and not settle down into a relationship.” [IS THIS A QUOTE FROM ZUCKERMAN? I think you can just paraphrase it and keep it out of quotes, it’s a pretty universal idea.]

There’s more than just anecdotal evidence for this; some recent data points toward a collective “de-cuffing season.” In a May 2021 Tinder survey of 1,000 Americans ages 18-34, 40 percent of people said they’d consider breaking up with their current partner ahead of summer, and 53 percent of Gen-Zers had already ended a relationship this year.

Some of these breakups were born from people’s pandemic-induced realizations that, after spending a lot of time with their partners, the relationship wasn’t working. Many experts assert this is because when couples were forced to spend an abundance of time together, a new light was cast upon their “flaws” or differences in values. “We have very different world views, and it was never really going to work in the end,” Jordan says, of her own relationship. “I think the pandemic really highlighted that.”

Since her breakup, Jordan’s gone back on Tinder looking for a summer fling but nothing serious. “Dating new people is exciting, and I’ve missed it while being in a relationship and being stuck in lockdown,” she says. With a lot of people feeling this way, the dating pool is now full of eager-to-meet singles.

Being alone in the pandemic taught me how much I enjoy my own company over settling for a date with a dud. Men are not worth the emotional hot mess.

Similarly, some who were already single when the country began re-opening are choosing to consciously remain unattached and open to romantic and sexual connections. Vincent de Boer, a music producer in the Netherlands, is one of them. “I’m not tied to any rules or judgements from anyone, and during the summer without COVID-19 rules, I can move freely and do whatever I want — which I feel is needed after a year of being locked in my own house,” he says. “I can kiss whoever I want, hug whoever I want, etc.”

But the desire to avoid relationships right now isn’t always about seeking casual dating or hookups — sometimes, it’s about spending time with friends and enjoying what this brave new world has to offer. Jordan, for instance, is looking forward to traveling with her single girlfriends this summer, flirting with random people, and embracing a Spring Break kind of energy.

Melissa Vitale, a publicist in Brooklyn, is excited to be traveling by herself in August. “Being alone in the pandemic taught me how much I enjoy my own company over settling for a date with a dud,” she says. “Men are not worth the emotional hot mess.”

The pandemic also made many of us more comfortable being alone. In a Kinsey Institute survey of 2,000 American adults conducted between May 27 and June 5, a third of singles said they were more satisfied with being single now than before the pandemic. Along the same lines, in a survey taken between April and June of over 4,000 Bumble users, the dating app found 55 percent of people were less willing to compromise for a relationship than they were before COVID-19.

Others are burnt out from messy relationships they had during lockdown and want to spend some time away from all the drama. “I was in an iffy relationship at the beginning of the pandemic, and it ended and was awful,” remembers Jen Fraenkel, a project manager in New York City. “I don’t want to be tied down to more pain.”

And some breakups were a long time coming — the pandemic simply put them off because people wanted companions during social distancing. “I was alone a lot during the last year, and I am a little tired of it. It’s nice having someone around that I enjoy being with,” says Jamie Hickey, a website designer in Philadelphia, who is considering breaking up with his girlfriend now that things are getting back to normal.

“She is an introvert and doesn’t like going out,” he explains. “This isn’t how I want to spend my summer, so I have been avoiding her to delay the inevitable conversation that is going to lead to us breaking up.”

“I suspect some people who were contemplating breakup or divorce just as the pandemic began decided to put that on hold because it suddenly became complicated to part ways, and some were afraid of being alone,” says Justin Lehmiller, a social psychologist and research fellow at the Kinsey Institute. “Some of those couples will probably break up.”

If you’re contemplating breaking up with your pandemic partner, Zuckerman recommends reflecting on your motives: Do you think you’ll still be happy with this choice after summer is over? Or are you eager to make a change simply to distance yourself from the past year and all its travails?

“It is typically recommended that major life decisions, or any decision that can have significant consequences, not be made surrounding times of crisis and heightened stress,” she says. “Emotions tend to be more labile, and our head’s not as clear. We also have a tendency to assume everything will be better in the future post-COVID, so we may make more rash decisions because of this.”

And if you’re looking to partner up after a year alone, that’s also a common impulse: 72 percent of people in the Kinsey Institute survey were more interested in long-term relationships than they were before COVID-19. In a broad sense, perhaps the pandemic has pushed people to rethink what’s best for their relationships — and whatever conclusion one arrives at, what matters most is that it stems from thoughtful, honest self-reflection.