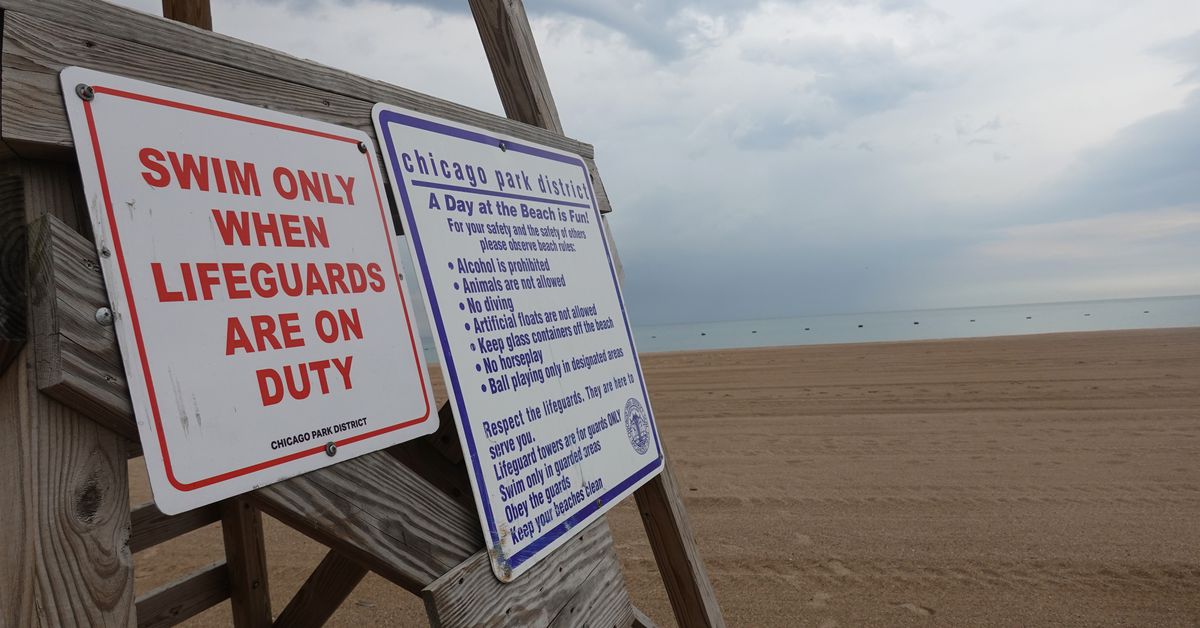 An adult male supervisor in the Chicago Park District’s Beaches and Pools Division has abruptly resigned after being arrested and accused of carrying on a romantic relationship with an underage female lifeguard, the Chicago Sun-Times has learned.

The recent arrest of the supervisor at Humboldt Park is the most explosive development yet in the burgeoning investigation of sexual harassment and abuse among lifeguards at Chicago’s pools and beaches that has implicated parks Supt. Mike Kelly in an alleged cover-up.

Park district spokeswoman Michele Lemons confirmed the latest developments only after confronted by the Sun-Times.

“The Chicago Park District is pleased to learn the Chicago Police Department has made an arrest in an alleged case of misconduct of a former employee accused of having an inappropriate relationship with an underage former seasonal employee,” Lemons wrote in an email to the Sun-Times.

Lemons said the employee was placed on emergency suspension on Sept. 13 “while the District took the necessary steps to initiate termination,” and then resigned on Monday before that process had concluded.

The ongoing investigation and subsequent arrest underscores the park district’s commitment to “providing its employees with a safe work environment” and its “zero tolerance for professional misconduct, harassment or abuse,” Lemons said. She said 40 employees have been disciplined so far.

“This is why the Chicago Park District referred the case to the Office of Inspector General for investigation. The District will cooperate fully with the Police and the State’s Attorney as they conduct their respective investigations,” she said.

Valarie Hays is the former federal prosecutor who was hired by the park district board to take over the investigation into allegations of sexual harassment among lifeguards at city pools and beaches.

Although it is not part of her investigation, Hays confirmed an older employee recently resigned after allegations surfaced of his relationship with a lifeguard who was a minor.

Hays hesitated when asked about reports that the supervisor was in his 30s and the girl in her teens, half his age.

“Uh, I don’t know if those are the specific ages, but I think that’s, if not exactly correct, you’re in the ballpark,” she said.

Hays said the IG’s office is focused on “any new complaints that come in and have been coming in for a while.” Her investigation centers on what happened in the past.

“There were these two complaints that have been reported from early 2020 and a number of subjects have been identified through that. I’m focused on that piece,” she said.

Hays refused to say whether superintendent Mike Kelly has been or will be interviewed as part of an investigation she hopes to complete “as quickly as possible.”

She was pressed on whether she was investigating former Deputy IG Nathan Kipp’s allegation of a high-level cover-up that may have originated with Kelly and included Park Board President Avis Lavelle.

“By management, that includes the board of directors and Park District management.”

LaVelle did not respond to requests for comment. Neither did Kelly, who has resisted calls to resign.

The Sun-Times reported last month that in February 2020, an Oak Street Beach lifeguard sent 11 pages of explosive allegations to Kelly about lifeguards’ conduct during the summer of 2019.

She said she’d been pushed into a wall, called sexually degrading and profane names by fellow lifeguards, and abandoned for hours at her post for refusing to take part in their drinking parties and on-the-job drug use.

Kelly has been under fire for giving his top managers first crack at investigating those complaints instead of referring those allegations immediately to the inspector general.

That’s what he promised the young woman he would do in an email applauding the lifeguard for her “courage” in coming forward.

Though required by park district rules, Kelly who worked for several years in the 2000s as a park district attorney did not contact the inspector general until a second lifeguard’s more graphic complaint of more serious allegations was forwarded to him by Lightfoot’s office.

He has acknowledged second thoughts about how he handled the first woman’s complaint.

Lightfoot has said she will await the outcome of both investigations before deciding whether or not to retain or oust Kelly, 50, who’s paid $230,000 a year.

Waguespack has branded the firing of park district deputy inspector general Nathan Kipp as “direct retaliation, which is prohibited.”

Until his firing, Kipp was leading the lifeguard investigation. He has called his ouster a “concerted effort” to prevent him from “continuing to investigate criminal activity and employee misconduct that seemingly pervade” the Beaches & Pools Unit.

The investigation was further complicated last month when park district IG Elaine Little, ex-wife of State Rep. Curtis Tarver (D-Chicago) was forced out after a controversy came to light regarding an affair she had with a co-worker at a previous job.

Little resigned hours after a WBEZ investigation showed that while overseeing investigations at the Cook County Juvenile Detention Center, she had an extramarital affair and a child out of wedlock with a colleague. That triggered a conflict of interest probe that was cut short when she resigned in 2018.

Little’s ouster as the internal parks watchdog came less than a month after she abruptly fired Kipp.

State’s Attorney Kim Foxx has opened her own investigation into the allegations of sexual harassment and abuse at the Park District. She has urged victims to call a hotline at her office — 312-603-1944 — just as she did, successfully, in building her case against now-convicted R&B singer R. Kelly.