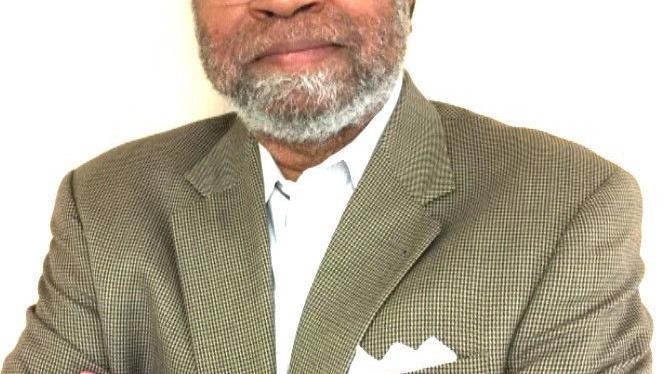 TUPELO • Like the police, community leaders in Tupelo believe that the reduction of violent crime hinges on the relationship between law enforcement and the people they are sworn to protect.

“There are some communities that are going to need increased presence of police departments, but one of the biggest ways to stop crime in communities is to build social relationships with the police and the communities,” said Charles Moore, pastor of Life Culture Church and president of the Lee County NAACP.

Building that relationship, Moore said, involves identifying the issues that drive crime. This can mean identifying children or families at risk, including parents who are struggling financially or socially; finding communities where crime is more likely; and injecting programs into those communities to ease social problems.

That effort requires participation from both police and the public.

Bishop Clarence Parks, pastor of the Temple of Compassion of Deliverance, believes communication is a key part of strengthening relationships between law enforcement and the community at large.

Both Parks and Moore are members of Connecting Achieving Success through Teamwork (C.A.S.T.), a group dedicated to stopping crime in local communities. C.A.S.T. formed in response to the July 24 shooting deaths of Norahs Coleman, Jessica Pannell, Robben Wilson and Tadarrell Hall. The goal is to bring the community together to network as one voice. The group has already hosted two meetings, with a third planned for Monday at 6 p.m. at the CDF Building.

The group is currently planning an anti-violence rally for next Sunday, Aug. 22, in downtown Tupelo’s Fairpark. The rally will acknowledge the pain of losing loved ones to gun violence and the longterm impact on families.

Losing younger community members to gun violence hits home, said the Rev. James Hull, another C.A.S.T. member. He hopes the whole community comes together across racial and ethnic backgrounds to tackle the issue.

“Gun violence is ripping the fabric of our community, and this is not something we can turn our heads away from,” Hull said. “These were our children, and I learned a lot time ago maybe when you start with the children, the adults will follow, so it’s quite possible as we rally against gun violence that has afflicted our children, there will be a lot of adults who understand how senseless gun violence really is.”

For the three men, the rally is one step in a long journey toward creating a coalition of involved community members and building trust between police and the public.

Part of building that relationship, Parks said, is allowing communities to see law enforcement officers’ role as more than simply responding to crimes and arresting people. Increasing personal contact between the community, police and other entities will raise trust, Parks said.

outside of enforcement role

Parks believes a healthy way to build relationships between law enforcement and the community is to have police be more visible outside of reactive and /or negative encounters.

“I think the police itself ought to have something intact where they can let the community know that they have more services,” Parks said.

Both Moore and Parks know that can be a challenge. Parks believes sometimes police are overworked, and that some tasks to which they’ve been asked to respond may be outside their areas of expertise. Mental health crises, for example, could be delegated to other officials.

Community has key role in

Parks and Moore also emphasized the importance of community members playing an active role in crime prevention. That may be by speaking up when they see wrongdoing or identifying areas in which crimes may take place or by mentoring children.

Moore said it behooves every individual to take account for the successes and failures of their communities. Everyone has a role to play.

“Become a neighbor rather than just a bystander,” Moore said. “A neighbor watches out for his children and neighborhood and the things in his environment. Bystanders just watch and complain and run and hide, but real neighbors come out and they become diligent in making sure that their neighbors are in a good position by lending a helping hand, by communicating, by being loving, kind, resourceful.”

Most vital, Moore said, is the need to foster a relationship between police and communities that is focused on friendship and advocacy. Continued efforts like the Tupelo Police Department’s Police Athletic League create environments in which kids can have mentors. That gives them hope and helps steer them away from turning to crime for survival.

Moore emphasized that while there are destructive elements within every community, no community in and of itself is bad.

“That’s not all people,” Moore said of crime within a community. “I would encourage every police officer, if they would go at building relationships with people as they would building relationships with their own child, then much of the crime that we see, or much of the police brutality that’s been experienced in Black and brown communities, wouldn’t be.”