Could romance be medically prescribed? MDMA, also known as ecstasy, has therapeutic benefits and could be used alongside couples therapy to heal broken relationships and to enhance an existing loving one. That’s according to Brian Earp, researcher and co-author of “Love Drugs: The Chemical Future of Relationships.”

KCRW’s Jonathan Bastian talks with Earp about the potential of a “love drug” and whether MDMA should be used in couples therapy.

KCRW: How does MDMA interact with our sense of love?

Brian Earp:  “When we think about love, we have to remember that it’s a multi-dimensional phenomenon. We’re used to talking about love in terms of what it feels like subjectively, and a lot of poetry, philosophy, and literature explores the subjective dimension of love. And then there are historians who come along and point out that the social framing of love changes over time. That what counts as love in a different historical or social context doesn’t remain stable. And so they would point out that love is partly socially constructed in a certain way of thinking about things.

And then this new wave of research that’s all about neuroscience. And it’s another group of researchers saying, ‘Well, but love also has a biological dimension. Love is also something that at least in part is related to what’s going on in our brains.’ And so if we want to have a full accounting of what love is, it’s got to take into account the biology, the psychology, the subjective experience, and the social context.

With a drug like MDMA, what’s interesting is it certainly is acting on the brain. There’s no doubt about that. MDMA causes the release of a large amount of serotonin. And that has a certain subjective way that it feels. A lot of people report that it feels to them like they felt when they experienced love in a non-drug altered state. On the other hand, there are those who say, ‘Well, if this so-called feeling of love came about because you ingested a chemical substance, then surely it’s not as real as the real thing.’

And so what we’re now seeing is a way of thinking, ‘Is there some grounding to this relationship? Does the couple have a connection that’s worth restoring?’ They know each other. It’s not like inventing love out of whole cloth. And then, could MDMA be used as a kind of aid or a supplement to an already existing, authentic loving relationship, just to help it improve in its quality, rather than conjured out of thin air?”

Which raises a lot of interesting questions. For example, when you’re on the drug, and you know that all the serotonin is being released, can we call that an authentic display of love? Is that the true self expressing love? Or is it just a drug kind of acting through you?

“Lots of things affect our brain chemistry. Just staring into the eyes of our lover, and having a romantic experience with no drugs involved, will also cause our brain to release a bunch of serotonin. So there’s a certain sense in which neurochemically, there’s a lot of overlap between what happens when you experience love naturally. And when you experience love with the use of a drug, I think what is more important is the long term trajectory of these things.

So what some people are describing they feel in these MDMA-assisted psychotherapy sessions — and we can just focus on the case of PTSD, because that’s the recent research — they’ll say, ‘My naturally occurring brain states are themselves inauthentic. I’m freaking out when I hear a loud noise, and I’m acting aggressively toward my partner. And because I’m dealing with this particular problem, my non-drug mediated mental states are inauthentic.

And what I’m finding is that when I’m induced to feel safe enough to talk to the therapist to actually bring up my traumas, and work through them, by doing so when, when the drug wears off, I’m left with a more integrated sense of myself. I actually feel like now I’m starting to see the world as it really is, or maybe I’m able to relate to my partner again, in a more healthy way, rather than actually having the distortions that were introduced by PTSD.’

You can, you can spell this logic out of it. Our mental states fall on a spectrum between something that’s obviously diagnosable as a mental disorder, and just ordinary life difficulties. So you might be in a relationship with someone you’ve been with for 10 or 15 years. And you can fall into a slump, or a pattern, or a set of habits, that themselves might seem inauthentic, where you’re actually not able to see your partner for who they really are, because you’ve fallen into this trap, or you have this defensiveness or some sort of automatic response to them being critical. And it always drags down into an argument.

For some people, what they’re finding is these MDMA-assisted psychotherapy sessions sort of wash out some of those habits and patterns that may, from their perspective, be inauthentic. And then the MDMA is really a tool to help them explore their relationship with their partner and potentially build something more authentic over the long haul.” 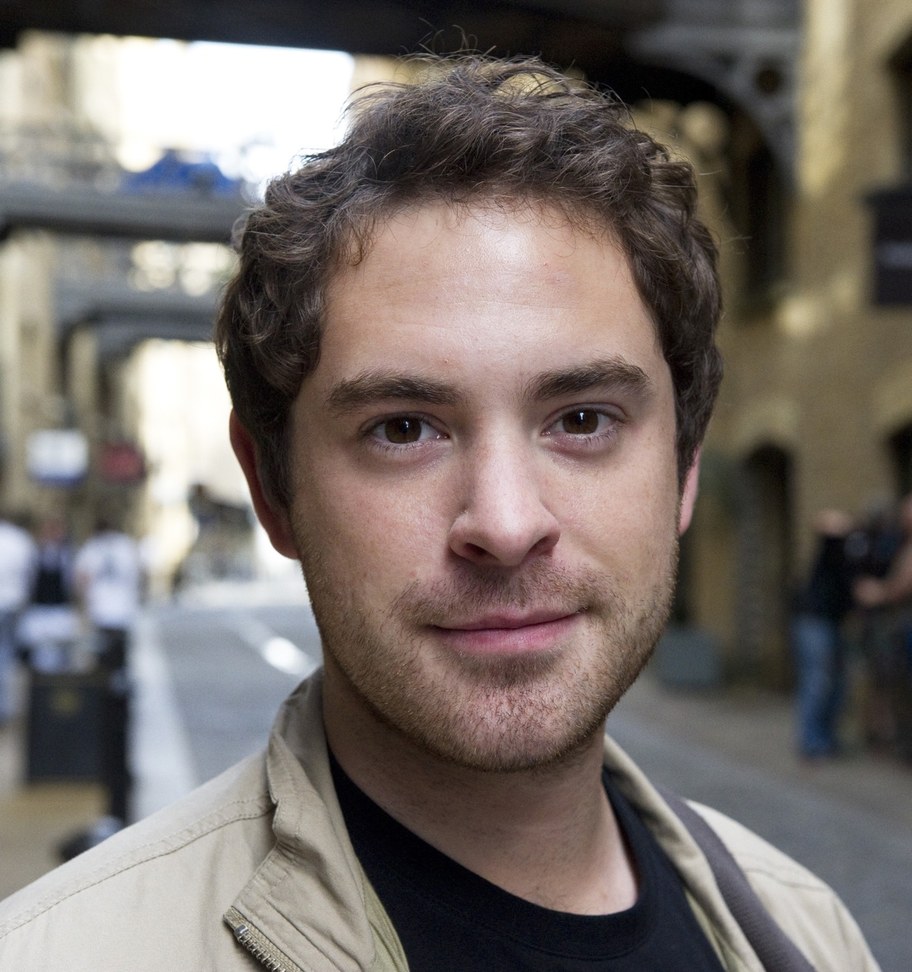 Associate Director of the Yale-Hastings Program in Ethics and Health Policy; research fellow in the Uehiro Centre for Practical Ethics at the University of Oxford. Co-author of “Love Drugs: The Chemical Future of Relationships”. Photo by Rob Judges.

How would you imagine this working in a couples therapeutic context? What would that look like or sound like?

“MDMA was used in a couple of therapeutic contexts prior to the 1980s, when MDMA was banned and listed as a Schedule One substance. Some historians have carefully looked at that period, and it was a pretty hamfisted, premature, and scientifically unwarranted prohibition that was put forward by the Drug Enforcement Agency in the United States. … Basically, it was never supposed to be listed as a Schedule One substance unless it didn’t have a therapeutic use. And a bunch of psychiatrists at the time were saying this is being primarily used therapeutically. It’s just that it also seems to have been caught up in the party scene.

But we shouldn’t conflate the misuse of a drug, where people are dancing all night in warehouses and not drinking enough water, with the controlled therapeutic use of this drug, which is what we’re doing. And rather than carefully distinguishing these two types of uses, just the drug itself was banned. And now, I think people are starting to realize that that was premature.

But before the ban, there were a number of therapists who were using MDMA in couples counseling. And so we have a model for how this might work. And it involves bringing both partners, or potentially more than one partner, into a lab and/or a therapeutic setting of some kind, and first talking about what they want to do. It’s not just you take the drug and it fixes your relationship. It’s that you have to really work with the therapist and with your partner to talk about your values, what you want to work on.

And then you have maybe four hours on the drug, each of you independently. And then you come together, and you talk through what you feel you learned in that experience, as you’re coming off the drug, and then you consolidate those experiences afterwards. So it’s not that you just keep re-upping a drug every few weeks. You have a session maybe once or twice in your whole relationship. And you try to learn as much as you can from that heightened experience, and then implement those lessons into your normal waking consciousness as you go forward.”

How effective do you think those sessions were? Do we know much about that?

“In the ‘80s, what we have is a bunch of case studies. There are these psychiatrists who retrospectively looked at all their notes from working with about 80 different clients. And they gave a qualitative overview of what they felt the effects of the drugs were. In their view, it was very promising as a therapeutic aid to relationships. I don’t want to say treatment, because treatment implies that there’s some specific pathology, and a risk here is that if you introduce a drug into relationships, the pharmaceutical companies are going to want to invent relationship disorders, so they can justify why certain people need to be prescribed this drug. So I’ll just say enhancement. These drugs can enhance certain relationships.

There’s a lot of evidence of that from the 1980s, but it wasn’t very controlled evidence. So what’s happening now, in this new wave of research, is that they’re starting with these individual-level PTSD trials, where they’re finding really stunning treatment effects for people who have had treatment-resistant PTSD. They’ve tried everything else. They’ve been seriously depressed and suicidal in many cases, and you’re finding a rather remarkable treatment effect. They’re going very carefully, very piecemeal.

And there’s some recent pilot work where they bring the partner of the person who has PTSD into the session, and they too are administered MDMA, with the guidance of the therapist. And then they can work through the ways in which PTSD has been affecting their relationship, but with both of them under the influence of the drug, so they’re building this out slowly and carefully now in a much more systematic, scientific, and rigorous way. And I think that will give us a better sense of what really are the conditions under which it’s helpful, versus what are the conditions under which maybe people shouldn’t be doing MDMA-assisted psychotherapy.”

Are there fears surrounding what the free markets can do to a drug like this?

“Big Tobacco, Big Pharma, and Big Industry are going to try to monetize literally anything that they can. And so there’s a sense in which this is a wider, or deeper, or more intractable problem than just thinking about these particular drugs that we’re now discussing. But in terms of the more specific issues, there are some ways in which that concern is perhaps less severe than with other drugs.

One reason is that in the case of MDMA or psilocybin, nobody’s inventing these chemical substances. They’ve been around. You can’t patent the chemical constitution of these drugs, because it’s in the public domain. So you can’t make money that way. But there are some companies that are trying to figure out how to monetize, say, wide scale production of certain kinds of therapeutic protocols or something like that. So that risk still persists.

But the other thing about MDMA and psilocybin is that, in the case of PTSD at least, which is where we have the most data, what they’re finding is that one or two treatment sessions are causing people, for the most part, to go off of their other chronic medications, because they’re actually treating the underlying source of the trauma, rather than just taking drugs week after week to kind of paper over the symptoms. So insofar as these particular drugs are actually causing people to turn away from other pharmaceuticals, that might be a way of dampening the concern that this will just lead to more money in Big Pharma’s pockets.”