Are you always on the backfoot in relationships, where you feel like your partner is either out of your league or that their needs take priority over yours?

Then you could be guilty of ‘pedestaling’ and it could be sabotaging your attempts at finding a lasting partnership.

‘Pedestaling’, a term coined on social media, is when you make someone you’re dating ‘unattainable’ as a way of avoiding confronting your own issues, and according to dating and relationship coach Jo Barnet, 46, from London, usually ‘pedestaling’ manifests in two ways.

The first, is a desperate need to ‘fix’ your partner in an attempt to keep the spotlight on them. In doing so, you’re constantly thinking about how they can change and improve but not what you yourself can do to grow.

Another type of ‘pedestaler’ is someone who appreciates and praises their significant other so much that they actually believe they’re not good enough to be with them at all. 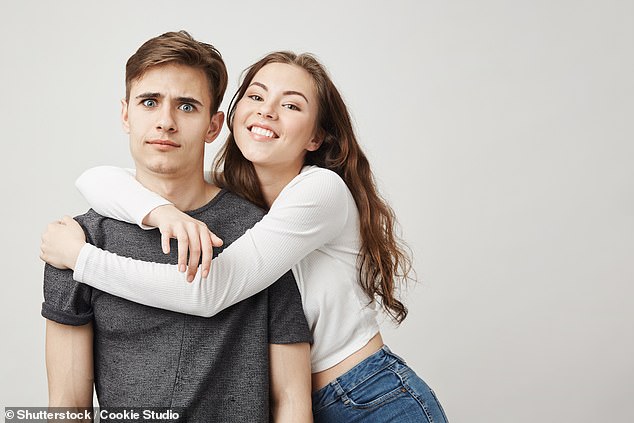 If you’re always the one who feels like your partner is better than you, or their needs matter more, then you could be sabotaging your relationship by pedestaling (stock image)

Jo said there are many reasons why you might be exhibiting the signs of ‘pedestaling’ whether it’s low self-esteem, subconscious self-sebotage or a form protecting yourself.

You might be the type of pedestaler who goes for partners who you believe need ‘fixing’ or ‘changing’.

However, this constant barrage of ‘ways to improve’ can quickly grow tiring for a partner. 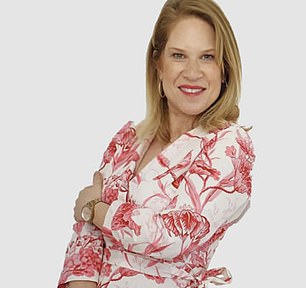 ‘People often choose their partners based on the fact that they like them but they’d also like a few changes,’ Jo said. ‘We might be attracted to someone but think they have a few things to work on, and so we encourage them to work on the trait that we want them to have.’

‘Essentially you’re going for attraction rather than the qualities you need in a person. Then you try to encourage those other traits out rather than finding someone based on their traits first.’

This sort of thinking invites a shift into a relationship whereby one partner may hold a fantasy view of the other and in doing so, may not come to truly know them or their needs.

‘It’s a lack of patience’ she said. ‘People don’t want to sift through hundreds of people so they jump in too quickly and then try to make someone into something they’re not.’

Ghosting: The term ‘ghosting’, which was coined in 2014, is when someone suddenly vanishes into thin air to avoid the awkward break up conversation.

Zombie-ing: This is when a person who ghosted their date suddenly reappears and acts like nothing has happened and continue where they left off.

Benching: This is when daters are not ‘into’ someone enough to commit but they want to keep them on the side lines as an option.

Breadcrumbing: This is when somebody gives people just enough attention to keep someone around and keep the hope of a relationship alive.

Cushioning: ‘Cushioning’ is the dating move that sees people that are in a relationship flirt and chat with other people on the side.

Catfishing (similar to kittenfishing): This happens when someone pretends to be someone they are not on online dating or social media with the intent to scam.

Yellow carding: Just like a when a footballer is cautioned, or given a yellow card in a game, this refers to calling out a date or a boyfriend about their bad behaviour.

You’re not dumping them – but by signalling that you’re not happy you’re warning them that their benching or glambozzling isn’t acceptable.

Exoskeleton-ing: Ever heard from your partners ex via Instagram or Twitter? You’re not the only one –  more than a fifth of us have been through this.

The term has been named exoskeleton-ing – perhaps referring to finding one of your dates skeletons popping out of the ‘social media’ cupboard.

Cause-playing: When they flash up on your phone you think its because they’ve missed you, but its actually because the ex wants something from you.

In a survey by Plenty of Fish nearly half of singles said they had experienced this – which explains when an ex gets back in touch after you’ve split to ask a favour,  – which is usually something to do with giving them money for charity.

Then there’s the other type of pedestaling, where you believe someone is so out of your league that it sabotages the relationship.

Research by Jennifer Tomlinson, a psychologist at Colgate University in New York, found that leaning too far into praise for one’s partner can be harmful to a relationship and usually manifests as one partner pulling away.

‘While it may be tempting to provide effusive praise, I think it’s also important to communicate understanding and validation of a person’s core identity,’ Tomlinson told Live Science.

‘People who are feeling over-idealised may feel like they have more power in the relationship, so they may be less willing to put their partner first.’

Despite the negative conclusion, the reason for getting to this stage with a partner might simply be morbid self preservation as dating expert Jo Barnet explains.

‘People often have quite a large element of self sabotage that they’re not aware of’ said Barnet, ‘when you have low self esteem and you’re putting your partner up on a pedestal it could be because you’re protecting yourself.’

‘Relationships do bring up your major insecurities so the only way around that is to stay focused on you life on your goals. The relationship is the icing on the cake, you don’t want to merge into your partner and give everything to your partner.’

‘You want to retain your own identity and stay in your world rather than enter into theirs too much. A relationship should be blending but you don’t want to leave your own world and identity and cross into theirs because that’s when you lose yourself. Don’t give up the things you enjoyed before you met them.’

Those who have already identified their propensity to ‘pedestal’ their partners when in a relationship will wonder how best to get back on a healthy track. Especially if that partner hasn’t yet pushed them away.

Luckily, Barnet reveals her best tip for recognising this behaviour and stopping it in its tracks.

‘Notice how the communication feels, is it comfortable, it is one-sided, are you constantly chasing them?’

‘It should be balanced, it should be healthy, you don’t want any toxic communication. Your relationship should be enhancing your life rather than complicating it. If it doesn’t flow then it’s not healthy, it’s a problem.’