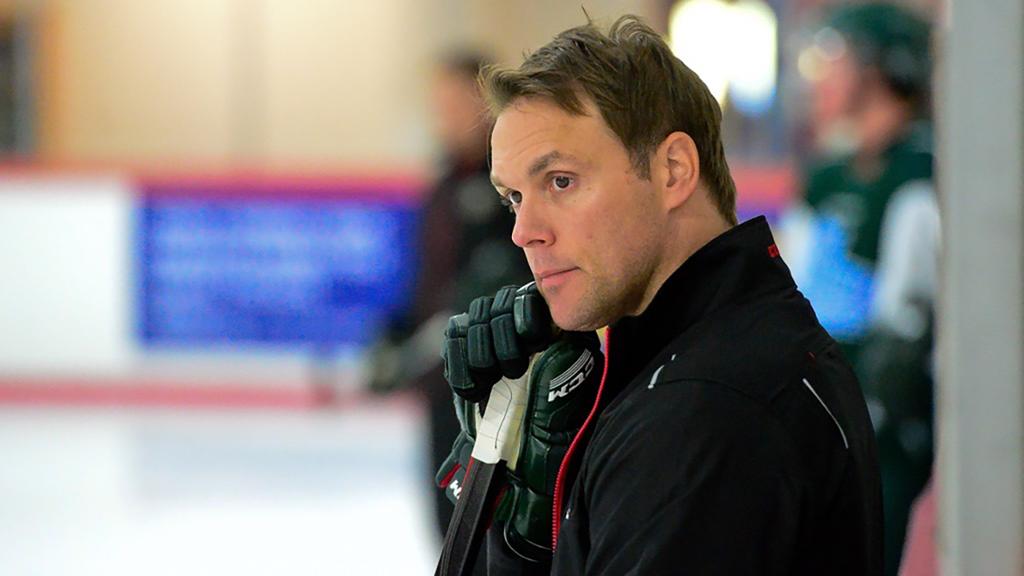 Shortly after the announcement, Raymond spoke with reporters via Zoom.

Here are a few highlights from his press conference:

Raymond on working with two veteran goaltenders in Montreal:

It’s always a new challenge, regardless of who the goalies are. We have two well-established goaltenders. My philosophy isn’t to reinvent them. I want to work with them and get to know them. I want to build a relationship based on trust. I want to keep things as simple and efficient as possible.

Raymond on the pressure that comes with being a goalie coach in Montreal:

I’m going to build a kind of bubble with my goalies. We’ll work together. I’m confident in my abilities because of all my experiences over the years. It’s normal for people to have their own opinions, but that isn’t something that will affect me.

Raymond on working with the club’s director of goaltending, Sean Burke:

I was just hired, so it’s something new. We’ll talk and meet in the coming weeks. I can’t really elaborate on that subject right now, but we’ll definitely build a plan.

Video: Raymond on his role as a goalie coach

First off, I’d like to thank the Montreal Canadiens for the opportunity. It’s a dream of all Quebecers to work for the Canadiens. Dominique and I have a lot of history together. We have a lot of trust in each other. We played together and worked together in Montreal, in Halifax, and at the World Junior Hockey Championship. Things couldn’t have worked out better. He’s a very good coach and a very good person. We have a good relationship. It’s easy to work with him. We understand each other. That’s a plus. We have a special relationship.