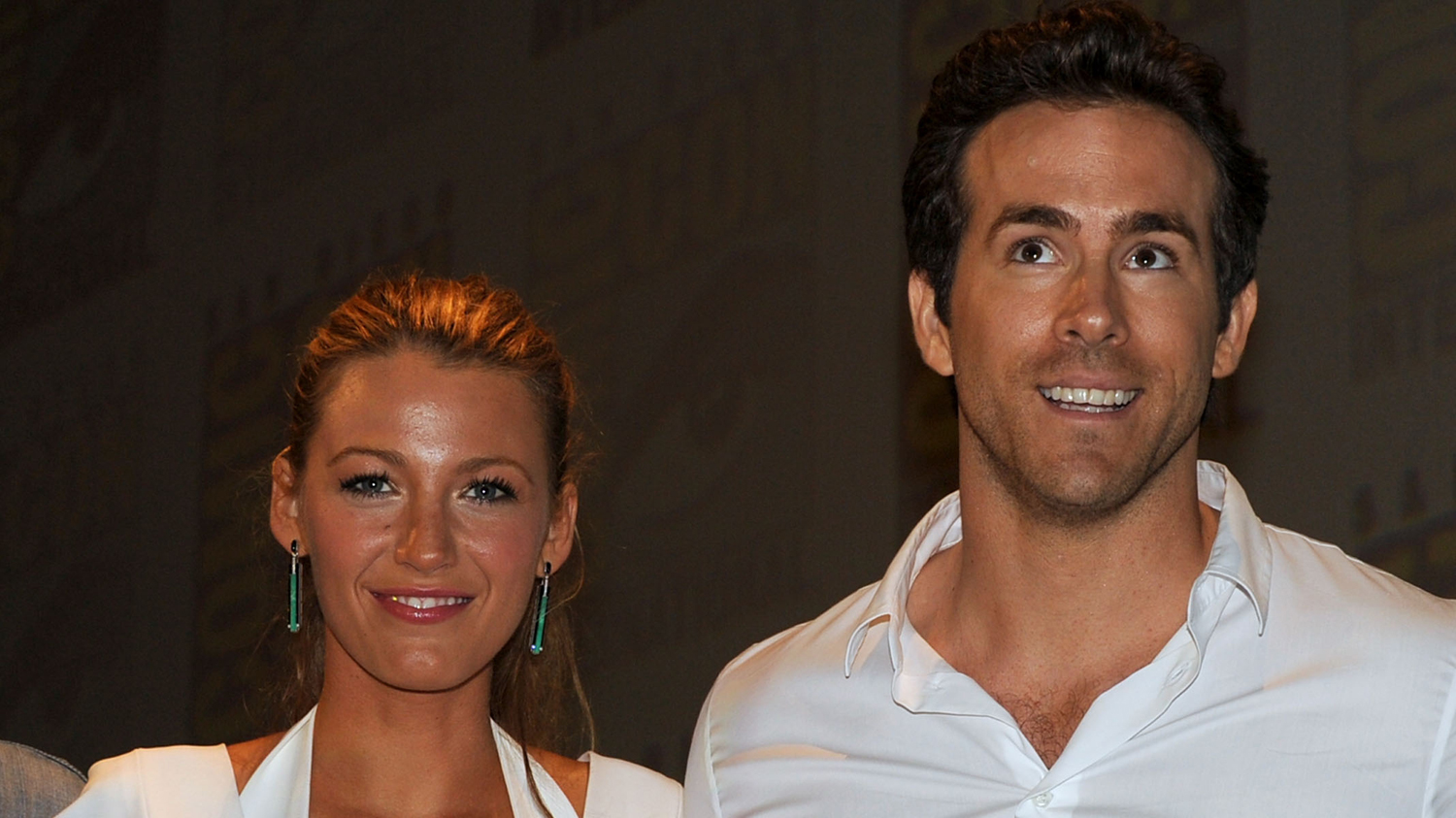 Ryan Reynolds is giving some insight into his relationship with Blake Lively and he’s opening up about how it all began!

The longtime couple previously worked together on the 2011 movie Green Lantern, but they didn’t start dating until nearly two years after they first met.

Ryan revealed new details about his relationship while appearing on the SmartLess podcast with hosts Jason Bateman, Sean Hayes, and Will Arnett.

“I met Blake on the darkest crease in the anus of the universe called Green Lantern,” Ryan said. “We were friends and buddies and about a year and a half later we went on a double date but we were with dating separate people. We hung out and we always kind of kept in touch sort of casually and next thing you know, she was going to Boston. I was going to Boston and I said I’ll ride with you.”

Ryan admits, “I was just begging her to sleep with me.”

While describing their relationship, he said it was “like out of a fairytale.” He added, “A week later I was like, ‘We should buy a house together.’ And we did.”

Ryan also talked about raising his three daughters – James, 6, Inez, 4, and Betty, 1 – with Blake during the pandemic.

“They had a tough time,” he said about Zoom school for the two older girls. “I was seeking out external help left and right. I was reading books. I was trying someway to steer the ship. Blake was so much better at it then I was because I’m also a child.”

Ryan also explained how he and Blake make their marriage work.

“I’m present with my kids and my wife and my marriage is incredibly important to me and that friendship is important to me,” he said. “Blake and I don’t do movies at the same time. When Blake is ready to do some stuff, I’ll step down and then we go back and forth. She’ll do a film and I’ll be with her on location hanging out with the kids.”

You’ve gotta see the thirsty DM that Blake sent to Ryan and then screencapped to put on her Instagram Stories!