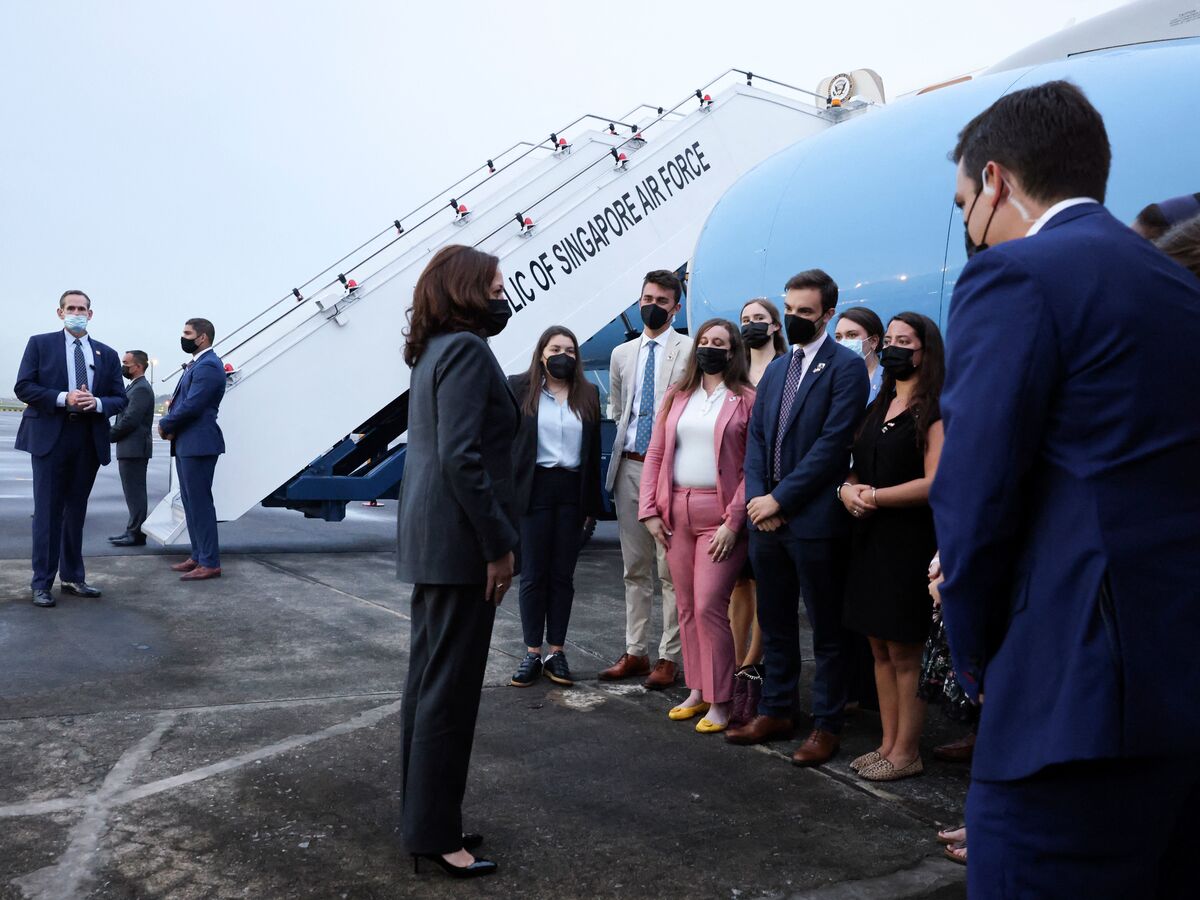 Vice President Kamala Harris (center) speaks with U.S. personnel as she departs Singapore on Tuesday on her way to Vietnam.

Vice President Kamala Harris’ trip from Singapore to Vietnam was delayed by more than three hours after her staff was made aware of “a recent possible anomalous health incident” in Hanoi, according to a statement from the U.S. Embassy in Vietnam.

The “anomalous health incident” — which is how the U.S. State Department refers to mysterious brain injuries that have affected dozens of Americans working in embassies and consulates across the world — affected embassy staff in Vietnam, but not anyone from the vice president’s staff.

U.S. officials still don’t know what causes these brain injuries, usually referred to as Havana Syndrome, but there are theories that they involve targeted microwave or sonic attacks. Havana Syndrome has affected more than 200 U.S. officials and their family members around the world, in countries such as Cuba and China.

NBC News reported that at least at least two U.S. personnel in Hanoi will be medevacked out of country after Havana Syndrome incidents over the weekend. NPR has not independently confirmed this reporting.

The embassy statement said that “after careful assessment” the decision was made for the vice president to continue her trip.

Harris is in Southeast Asia for a week-long trip, her second international trip while in office, to help the administration rebuild relationships with allies in the region as China expands its influence.