This week on Love Island, we’ve seen the girls wrestle with how to tackle one huge issue: Telling Liberty they think her boyfriend Jake is trash. Kaz initially said she didn’t know what to do, but eventually ended up gently expressing her concerns to Liberty, whilst Faye and Chloe felt they couldn’t do it and had to remove themselves from the situation entirely.

It all started when Tyler and Kaz became exclusive. They announced it from the balcony and then went downstairs to celebrate with the rest of the villa – but Jake told Liberty to wait instead of rushing over to her.

Liberty repeatedly told Jake she wanted to go and give her best friend a hug, and Faye even called over to ask why she was waiting, but Jake kept telling Liberty to wait, saying it would be a nicer moment for her and Kaz if they did it separately from everyone else. 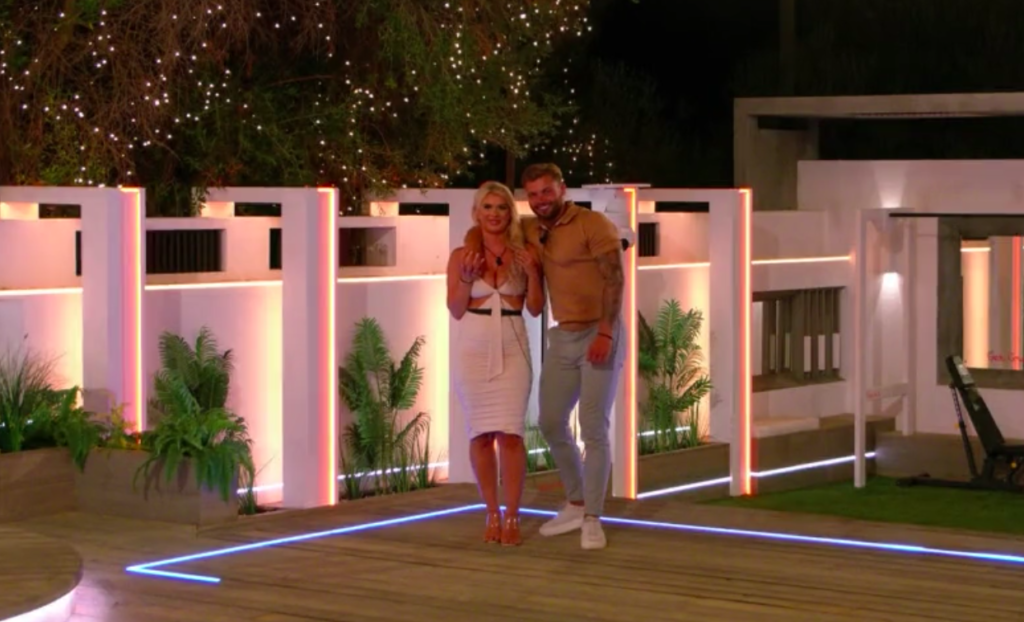 Then Liberty started having doubts about Jake, saying the moment had felt weird and staged to her. People on Twitter called it “controlling” and “manipulative”, and Kaz told Faye and Millie she felt like a bad friend and didn’t know what to do, questioning whether she should tell Liberty that she thinks Jake manages to talk himself out of things.

Liberty tried to have a conversation with Jake about how she felt and issues in their relationship, and it looked like he just glossed over the issues she’d brought up and instead just told Liberty he loves her. Liberty was excited, but when she told the girls their reaction was flat. In particular Faye and Chloe questioned Jake’s intentions and whether he was being genuine.

But this isn’t just an issue on Love Island – we’ve all had that mate who seems to just love dating fuck boys, and when they ask you what you think of their new boyfriend you’re stuck on what to say. The Tab spoke to dating and relationship expert, Ruby Payne from UberKinky, about what to do if your friend is dating someone who’s straight-up trash. Here’s what she said:

What should you do if you think the person your friend is dating behaves badly?

Everyone’s had times when they’ve been on the phone to their friend at 3am, listening to her cry over the same trash guy who’s treated them like trash yet again.

Like Kaz said to the girls on Love Island, Ruby says it can be hard to know what to do in this situation, without pushing your friend away or making her feel like you’re just being negative. “You might have the urge to scream ‘DUMP HIM!’ but this probably isn’t what your friend wants to hear.” 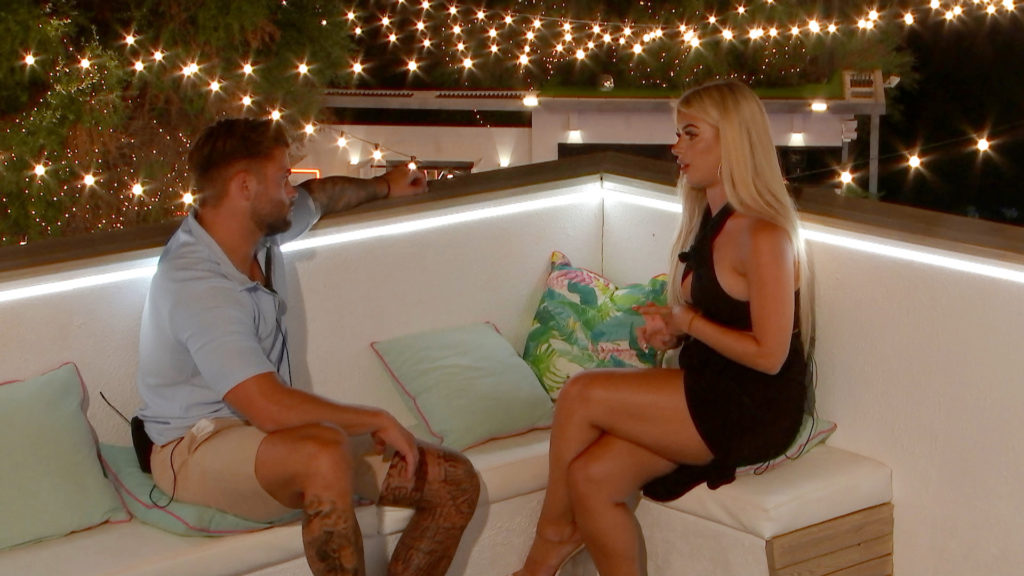 But you can let your friend know what you’re worried about whilst still validating their feelings – and avoiding them feeling like you’re pushing them away. Ruby says: “In Liberty’s situation, she was thrilled to tell the girls about Jake finally dropping the L-bomb, but she didn’t quite get the reaction she wanted.

“Whilst Faye and Chloe removed themselves from the situation before things got too heated, Kaz did a great job of validating Liberty’s happy feelings whilst expressing her concern at the same time.”

How should you tell your friend if you think the person they’re dating is trash?

It can be difficult to tread the fine line between tough love and being honest with your friend about their partner’s behaviour. “Don’t come with a judgemental tone,” Ruby says, “and avoid any personal attacks on their partner. You want to be cautious about what your friend may or may not be ready to hear.”

You may have experienced an unhealthy or toxic relationship before, whether with a partner, friend or family member, and Ruby says it could be helpful to tell them about your own experiences and what you learnt from them, without pushing what you think they should do.

“Perhaps ask them any questions about the relationship that might help them spot future warning signs,” Ruby says. 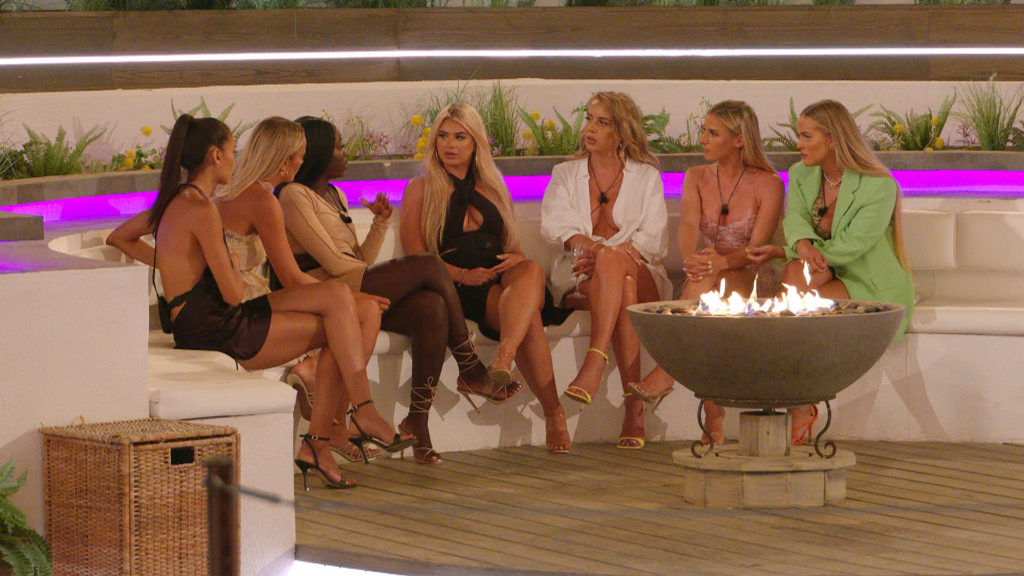 How can you help a friend who’s boyfriend is bad for them?

Ruby says the most important thing to do for your friend is listen, and let them know you’re there for them.

But if you think their partner could potentially be manipulative or dangerous, it’s important to take any signs of this seriously. “Controlling relationships aren’t always overly threatening, or aggressive,” Ruby says. “A lot of the time, it’s subtle emotional manipulation, which can be hard to spot when you’re in the thick of it.”

It’s important to be gentle with your friend and not push anything on them – you want them to feel like they’re able to come to you with anything. Ruby says: “Whether you think your friend is making the right decision, or if you’d handle things differently, be gentle. The aim of controlling behaviour can be to isolate the partner from others, so it’s important for them to know they always have a friend in you.

“A controlling or manipulative person is only as powerful as their partner is isolated. If things go tits up further down the line, you don’t want them to be reluctant to come to you.”

If you or someone you know is experiencing abuse in a relationship, you can call the Freephone 24/7 National Domestic Violence Helpline, run by Women’s Aid in partnership with Refuge, on 0808 2000 247 or visit www.womensaid.org.uk.

Love Island 2021 continues on ITV2 at 9pm tonight. For all the latest Love Island news and gossip and for the best memes and quizzes, like The Holy Church of Love Island on Facebook.

Related stories recommended by this writer:

• It needs to be said: The Love Island boys this year are just straight-up toxic

• Which Love Island 2021 girl would be your bestie? Take this quiz to find out

• Quiz: Can you remember who all your fave Love Islanders were originally coupled up with?