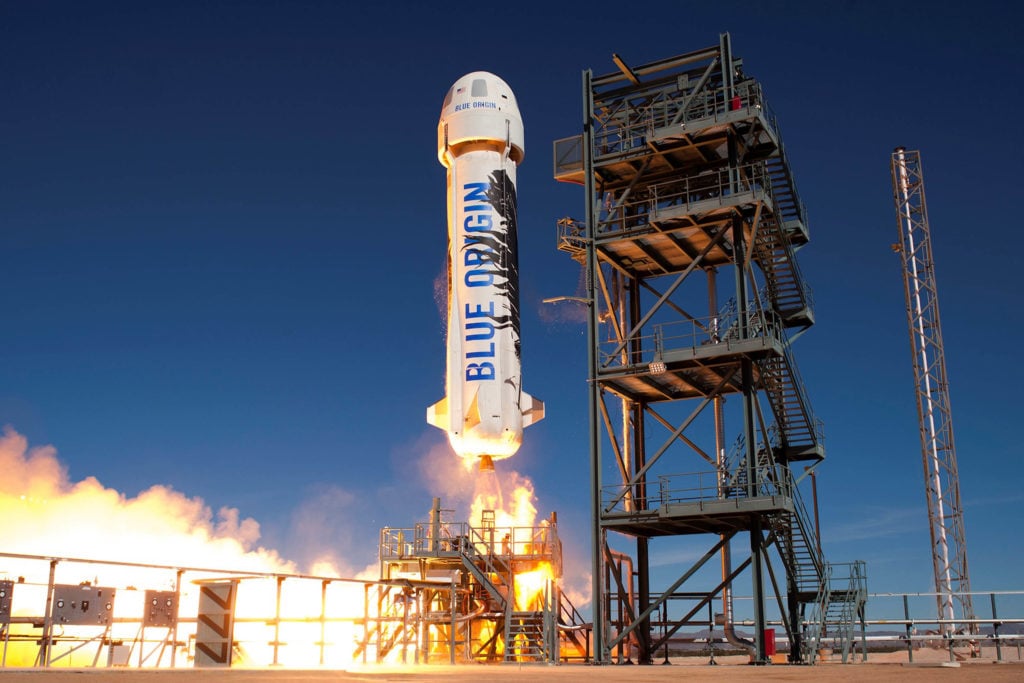 Amazon and Blue Origin founder Jeff Bezos went into space yesterday via the New Shepard rocket. It’s the latest voyage in what’s shaping up to be a billionaire space race: Virgin Galactic’s Richard Branson went to space July 11 in the VSS Unity, and while SpaceX’s Elon Musk has not yet left Earth in the literal sense, his company has big plans to send a shuttle to Mars.

Some bystanders celebrated the milestone Bezos’s trip marked in private space travel. Others criticized him for spending his billions on going to space, instead of for the greater good.

And others? Well, those of us with the minds of pre-pubescent boys couldn’t help but notice that the Blue Origin rocket kinda looked like a ginormous space ween.

The sex toy names kind of sound like a group of 12-year-old boys in a treehouse picked them out: Customers can choose between the Blue Orgasm, inspired by—you guessed it—Blue Origin, the Space Sex (yep, SpaceX), and the Galacdick, which is what happens when you shove the word “dick” onto the word “Galactic.”

Woke up to this message with the #BREAKING tag in my email from CamSoda.

The toys will be available for purchase shortly, according to the press release, because, as with building space rockets, good design takes time.

The press release also included a statement from CamSoda vice president Daryn Parker, which perhaps takes the cake from the term Galacdick: “With our line of Billionaire Flesh Rockets, people who can’t afford a ticket aboard the VSS Unity, Blue Origin or Elon’s SpaceX rocket can get off in a different way and penetrate the o-zone. Go boldly into where no one’s gone before, explore Uranus and maybe even have a close encounter of the pantless kind.”

TBD on whether the Blue Orgasm will be available for purchase on Amazon.